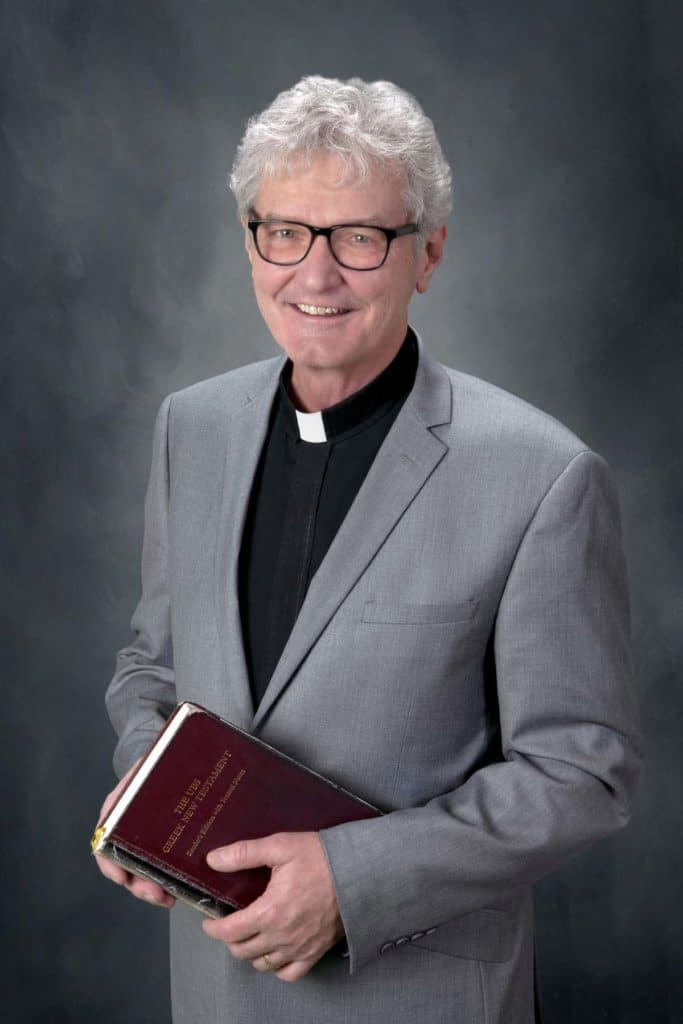 The North American Lutheran Seminary is our seminary. We are evangelical, confessional and catholic. With God’s help and your prayers, we really can become the finest theological system in North America.

You are our partners in this mission and there are ways you can help. First, please pray for the seminary and our students. Pray that God would call men and women to serve, and pray that they would be open to His call. Second, the best “pipeline” we have to recruit candidates is through our congregations. Therefore, please prayerfully and actively seek out qualified candidates to serve as ordained pastors and lay professionals. Third, please consider providing regular and sacrificial financial support for the seminary. Seminary education is expensive. We cannot have our students leaving seminary with onerous debt. Finally, pray some more. All ministry is futile unless God brings His blessing. As the psalmist says, “Unless the LORD builds the house [or seminary], those who build it labor in vain” (Psalm 127:1 ESV).

Thank you for your prayers and support.

NALS Board of Regents

The NALS Board of Regents is a group of nine to 12 people who commit their time and talents to act as the governing body of the North American Lutheran Seminary. Among their numerous duties, the Board of Regents appoint, advise, and evaluate the president of the NALS and also determine the hiring of faculty members and staff persons.

Dr. M. Roy Schwarz is chair of the NALS Board of Regents and has served in that capacity for four years. His background is in medicine, and he has served as chair of the American Medical Association’s Board of Ethics. He was also one of the first pioneers for distance education for medical students and helped to restructure China’s education systems for medical students.

Ms. Donna Evans is a long-term veteran in the public relations/advertising industry.  While serving as SVP and director of Burson-Marsteller’s Pittsburgh Public Affairs practice, she earned multiple industry awards for her domestic and international work.  Ms. Evans retired from the PR business to raise her children and currently serves her congregation as its Director of Family Ministry.  She served on the founding board of the NALS and is currently serving her second term as Board of Regents vice-chair.  “Preparing faithful teachers, pastors and theologians is of paramount importance to me—both for the future of the NALC and for my children.”

The Rev. Dr. Jeffray Greene is the secretary of the NALS Board of Regents. He has been a Lutheran pastor for 20 years and currently lives in Georgia.

The Bishop Paull E. Spring served as a parish pastor in western Pennsylvania for 30 years. For 14 years, he served as a synodical bishop within the Evangelical Lutheran Church in America. He was an active participant in the renewal movements of Solid Rock Lutherans and Lutheran CORE.   In 2010, he was called to be the first bishop in the newly-formed North American Lutheran Church. Bishop Spring has been a member of the Board of Regents since the inception of the North American Lutheran Seminary. In his words, “My vision for the seminary is that we train future pastors to be  committed leaders in confessing the biblical faith and in witnessing confidently the Word of God to all people.”

I’ve served Christ Jesus and His church, really my whole life, but as a “called” servant for over 30 years and as an ordained pastor for over a decade. My husband for 35+ years is a clergy person also, and we have four grown children. I passionately hope that all God’s people live hearing the Holy Spirit’s call to ministry in daily life and knowing their part in Jesus’ body. I so desire to train competent and confident servants for Jesus’ Gospel ministry in our present time, multiplying God’s army of workers. That’s why I love the NALS and serving on its board!

The Rev. Dr. Cathi Braasch has been a member of the NALS Board of Regents for five years. She is a Lutheran pastor who has studied catechesis and spiritual formation.

The Rev. Dr. Dennis R. Di Mauro is passionate about educating our next generation of pastors for service in the North American Lutheran Church. Di Mauro is the pastor of Trinity Lutheran Church in Warrenton, Virginia. He loves the NALS because it provides a truly confessional and biblical preparation for candidates within the Lutheran tradition.

The Rev. Phillip Gagnon has been a member of the NALS Board of Regents since 2015. He is a Lutheran pastor serving in Canada.

I was born and raised just outside Cape Town – South Africa.  I am the oldest of two children. I spent my 12 years at school being educated in my mother tongue which is Afrikaans.  After completing school in Cape Town, I left the protection of my parents’ home and moved about a 1000 miles and went to study theology at the University of Natal – Pietermaritzburg Campus.

During my time of study, I met my wife Heidi, who was also studying to become a pastor, and we got married in October 1992 and have since been blessed with 3 wonderful children, Angelique, Nadia, and Michael who is a USA citizen.

I started preparing for the ministry in 1989, and graduated in 1995, and was ordained in 1998, after two and a half years of intense practical work/ internship. Of which I spent one year (1997) in the USA- both in Pontiac and Dubuque Iowa Wartburg Theological Seminary.

After my return to South Africa I was charged with a two point parish on the East Coast side of the country, by the names of King Williams Town and Komga. These two congregations were about 40 miles apart.

At the end of 1999 I was asked by First Lutheran church if I would be interested in serving a Lutheran congregation in the USA, and in particular at First Lutheran. After careful, and prayerful consideration we made the choice to relocate the family to Pontiac.

It was a long and tedious road before we could get here because of the bureaucracy of the INS, and the need of having a Green Card visa, in order to become a rostered pastor in the Evangelical Lutheran Church of America.

We eventually arrived in Pontiac, November 28, 2000. I served at First Lutheran as associate minister until April 2008, At the end of April 2008   I was elected as Senior Pastor of First Lutheran Church and served First Lutheran till August 2013. While in the ELCA and in particular in Central Southern Illinois Synod I serve the larger church as chair of the global mission committee and also on the synod wide youth committee.

On September 2013 I started a new call to Holy Trinity Evangelical Lutheran Church, I was elected to the Board of Regents and it has been a blessed experience servicing the larger church  in this capacity.

“All Scripture is God-breathed and is useful for teaching, rebuking, correcting and training in righteousness, so that the servant of God may be thoroughly equipped for every good work.” 2 Timothy 3:16-17

Dr. Lee facilitates relationships between the NALS and various undergraduate institutions that are designed to save potential students both time and money on both their undergraduate and graduate education. Lee also serves as adjunct faculty for the NALS.