Recent graduate Ben McCrimmon took some time to reflect on the highlights of his formation at the NALS (Trinity), as well as the closing week of seminary with the June InterTerm and All-Seminarian Retreat.

During his training at the NALS, Ben McCrimmon was very encouraged by how academics and research were made to mesh with pastoral ministry. “Our academics and church practices weren’t made to be separate,” said Ben, “but instead went hand in hand.”

It was stressed that the clergy not only needed to be well-informed on the confessions, liturgies, and sacraments of the church, but also deeply knowledgeable on how to interact with, and care for, the church—locally and globally. Deep knowledge and learned behaviors go into shaping how clergy do their parish ministry.

“The life of the church is found in the sacramental giving of the life of Christ,” said Ben, “so what we studied, and committed to memory, further brought out the implications of what we do on

Another aspect of life at the NALS that Ben appreciated was the dedication to liturgical excellence, confessional Lutheranism and openness with charity for others. Confessional education and attention to the distinctives of the Lutheran identity were paid special attention to in the classroom.

“All of those things made a for a healthy environment,” said Ben. “We learned to be grounded in the Scriptures and tradition, and therefore had no insecurity interacting with others; and were able to openly, and joyfully serve them.”

In June, NALS students went to the Ark and Dove retreat center after a week-long intensive that centered around congregationally focused congregational renewal. After the intensive, the weekend retreat provided time to reflect on how they will implement the things they’ve learned in the classroom when they step into ministry. The weekend centered around discipleship, and the NALC’s Life-to-Life Discipleship program in particular; exploring how to bring others into the words and ways of Jesus. It also provided them an opportunity to, even for a short time, build face-to-face community together after being separated by remote learning for the past year. Ben and his peers were able to establish a sense of comradery, and a mutual understanding of the life of ministry about to unfold. They stayed up late talking about theology, the Church and their lives, growing together.

When the retreat came to an end, the students felt very much like they had been friends for a very long time, when in reality, they had only been together for a little over a week. 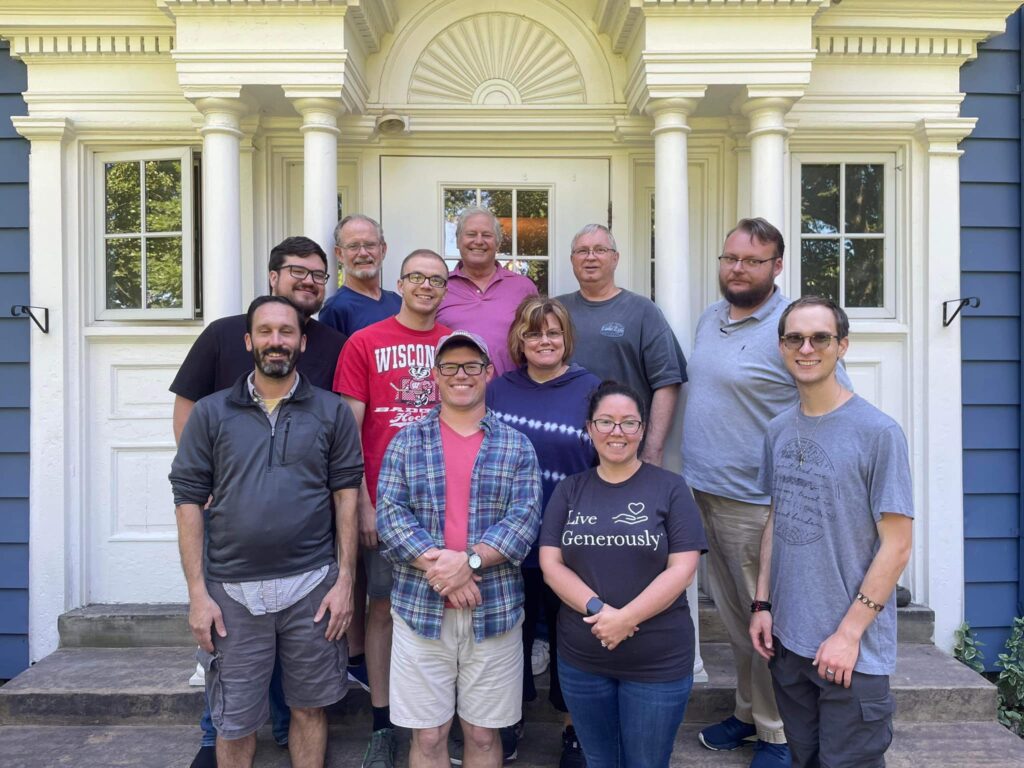